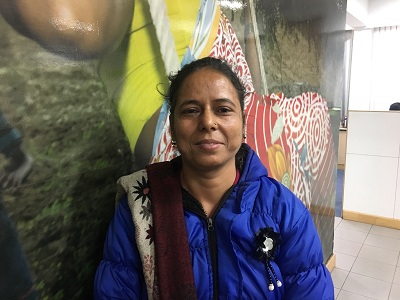 Only a year into her marriage, Dimple had to care for her sick husband who quickly became bedridden. Next, she found out that they are both HIV positive. “My in-laws hurled abuses at me blaming me for infecting my husband”.

After months of emotional and verbal abuse, she went to live with her parents. They supported her for treatment. She interacted with NGO workers and learnt the importance of adhering to treatment.

Soon, she got a job as an outreach worker in the NGO and became a champion of HIV treatment helping others like her. While her husband was negligent about his treatment and had become bedridden once again. He then reached out to Dimple for help.

Today, he owes his life to her. “It’s been more than 20 years now. We both have been on active treatment and live healthy lives, look at us”, she laughs.